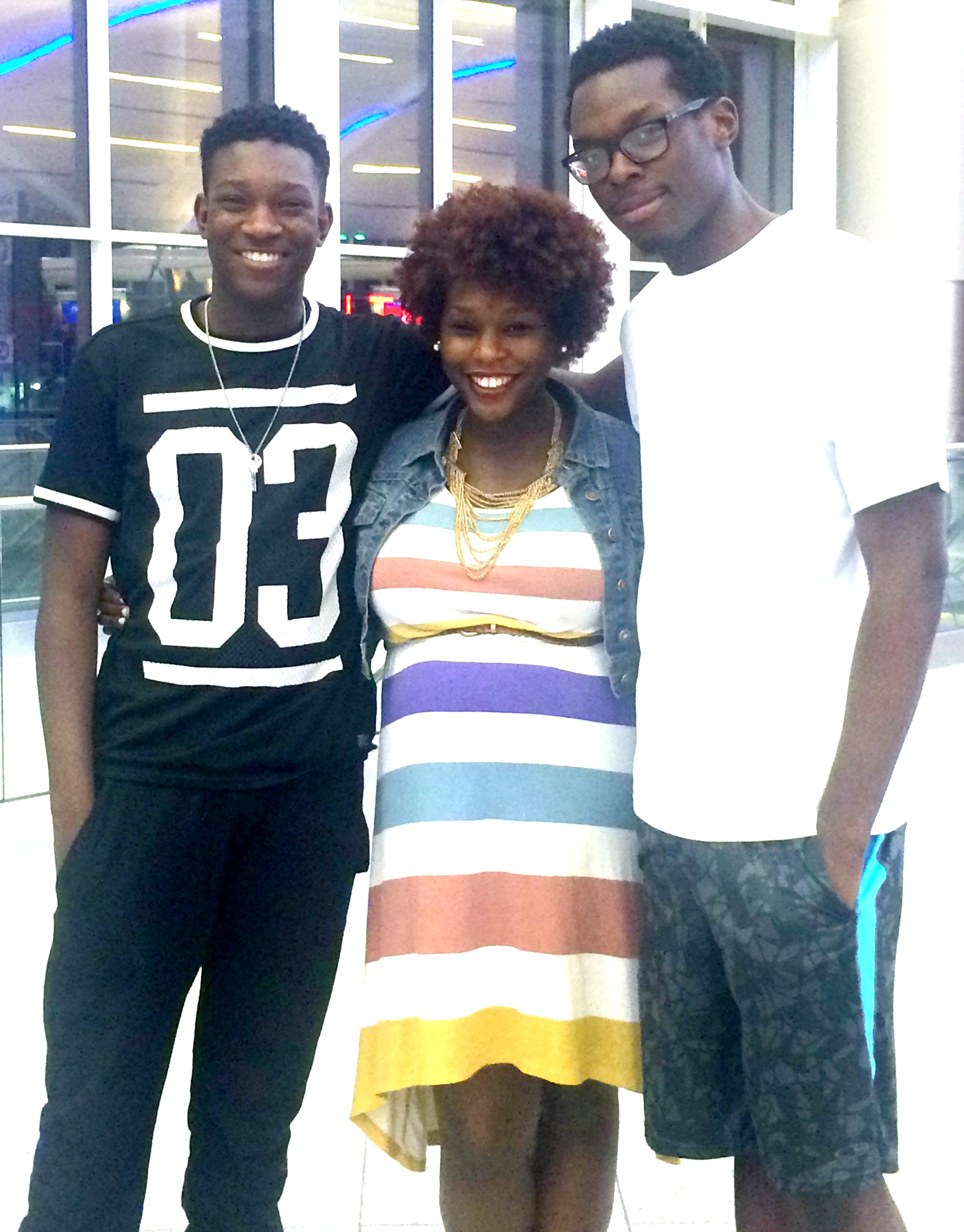 I’ve always loved black men. The way they walk, their style, the culture they represent, and the beauty that reflects in their different hue’s of brown. I’ve always believed in them. I believed that they were more intellectual than society wanted to portray and that their creativity and potential for success far outweighed the presumption that they are dangerous and deadbeat. Today, I fear for these beings that I’ve always loved so much.

I’ve always had a hard time connecting with the ancestry of African Americans because I am a Nigerian girl with Nigerian parents, and I was raised in a Nigerian household complete with Pigeon English, Fufu and Naija movies. However, being born and raised in the United States allows me to connect to the experiences that African Americans have had in this country. Growing up in a predominately white neighborhood afforded me the opportunity to experience racism for myself. Those older white men and women could care less about my heritage or the fact that my ancestors and parents didn’t grow up in this country. In their eyes, my two brothers and I were just another set of black kids in their neighborhood; another set of black kids that they preferred would disappear from their well manicured country club.

At 25, I’m married to a black man and God willing will have a black son of my own one day. And at 25, in 2015, I fear for my black men every day. I’ve gotten so weary that I won’t even allow my husband to drive to work if he left his wallet at a friends’ house. I’d rather wake up with him at 6:30 and drop him off; just so that I know there is no reason for a police officer to see him as anything but a compliant and upstanding citizen. I remember the day that I saw the press conference after the death of Michael Brown. I wept. I wept because I knew then that this country did not love my black men as I do. I wept because my brothers, cousins, and husband were in danger of being stereotyped, harassed, and even killed because of the color of their skin. Today, after marinating on the death of Walter Scott, I have to ask myself “who has the answer?” Who are we supposed to be looking to for help? Who is going to help our black men escape an undeserving and tragic fate?

From what I’ve seen growing up in this country, the black woman has played a significant role in protecting her black man. She has fought verbally and physically for him. She has worked ungodly hours to make sure that he attends the best schools. She has placed strict rules on him in order to keep him safe from gang violence, drug dealers, and the like. She has prayed for him while he was away, just asking God to help him make it home one more time. I am a black woman, wanting so badly to protect my black men from harm and I am finding myself at a loss for solutions. What can we do? As a community, a people, a nation…what can we do?

Police officers aren’t the only ones killing our black men. They are also killing each other. They are also killing themselves. While I recognize that there is a grand problem that goes beyond law enforcement and judicial rulings, I can’t refrain from expressing a frustration with our government system. Yes, black men are killing each other. Yes,black men are killing themselves. But if we can’t rely on the only structure that has been put in place to keep our nation safe, the system that is supposed to help keep our loved ones alive, than who are we supposed to turn to for safety? The day that I wake up and fear that my husband may  be killed by a police officer because he made a wrong turn or frightened an officer as he reached for his wallet, is the day that our system has failed us. And it’s such a real fear. It’s not superficial nor is it dramatic. The fear that I have for my black men is one that cripples me and even burdens me at night. We can keep them out of gang infested areas. We can keep drugs from their hands. We can even teach them to be safer as they drive. But how do we teach them to survive the racial system that was built to “maintain order” in our country?

I’ve always loved black men. I’ve always believed in them and I will continue to have faith that they can be who they were created to be despite the rituals of criminal behavior that the media continues to portray. I’ve seen and even interacted with a strong group of individuals that are seeking to make a difference in our society. They have the vigor, drive and even the willingness to make a change; but I’m unsure that they know what methods to use. I know that as an individual, I can only do so much. I can only protect my black men to an extent. I have become burdened by this plight to the point where it has moved me out of my silence. So again, I ask…I plead…who, has the answer?