I walked into City Winery alone after finding free parking (for the win), not knowing what to expect about this event I’d heard so much about. I saw a lot of different types of people who widely represented the creative community. There were women with bell bottomed striped pants and men with gray hair and dad shorts. There were a few black women in there with natural hair, three of which work for the city of Atlanta.

I made my way through the lines for coffee and donuts by Revolution Donuts  - both of which were free - and then downstairs to the large room where concerts are held. Almost every seat was taken and instead of squeezing my way into an open chair, I strolled to the empty section to sit next to the camera man from Friendly Human - who definitely lived up to the name.

A young woman in a blush jumpsuit approached my table and asked if she could sit next to me - something I was too shy to do earlier. I admired her candor. We both sat there as introductions were given. Creative Mornings popped up on the screen in front of us and I tried hard to hide my excitement.

A classmate told me how inspiring the Creative Mornings talks were and I had been trying to get a ticket ever since. The tickets are free on their website but if you haven’t registered by 9:10 on the morning tickets are released - you’ve likely missed out. 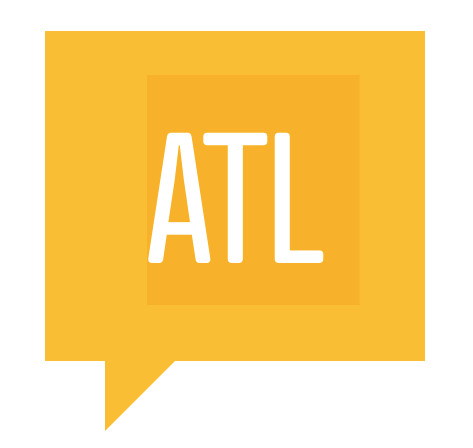 Over the last 7 years, Creative Mornings has become a prominent place where creatives and creative entrepreneurs come to be inspired and network with others. I was excited to have finally gotten a seat in the house.

After acknowledgements of global sponsors such as MailChimp and WordPress, and a very interesting lifetime achievement award, Tim Keane was introduced to the room and began his presentation on the intentional design of Atlanta. Tim is the Commissioner of City Planning for the city of Atlanta which means he leads a team that provides leadership for the offices of design, housing and community development within Atlanta.

One of the most interesting statements Tim made was about traffic. Of course, if you’ve lived or driven in the city of Atlanta for more than a week, you know that traffic is a huge problem here.

I expected him to address this issue with a plan. Something deep and intentional and bold. Something that would make us happy and put us Atlanta natives at ease. But he did quite the opposite. Instead, he said

“If you live in atlanta, and you are unhappy

about your commute on the highways,

you have two options:

get on a different mode of transportation

That was it. He said it so boldly and so matter of factly that it made me laugh. And I nodded my head because the most disappointing yet straightforward answer I’d ever heard in reference to our traffic problem had just come from a city official.

So that’s it guys, if you’re looking for something to be done about the Atlanta traffic and the transit system, don’t wait on it - it ain’t coming.

I’ll admit, Tim’s talk on the intentional design of Atlanta was somewhat  uneventful for me until he mentioned Southwest Atlanta; more specifically, Langford parkway and Campbellton road; where I lived for the last five years. If change is to happen anywhere, it most definitely needs to happen in Southwest Atlanta.

Before I could compile my list of questions on this issue, time was up and a long line of eager parishioners formed in front of me. I stood in line, waiting to ask my own questions about how the city is working to preserve historical buildings as they work to create new areas.

I wanted to ask about gentrification and access to better food options in the the southwest region of Atlanta. But most of all, I wanted to ask him what exactly was being done in this area, why it was of interest now and how deep they were willing to go to solve the problems of this land without completely ruining it with their good intentions. 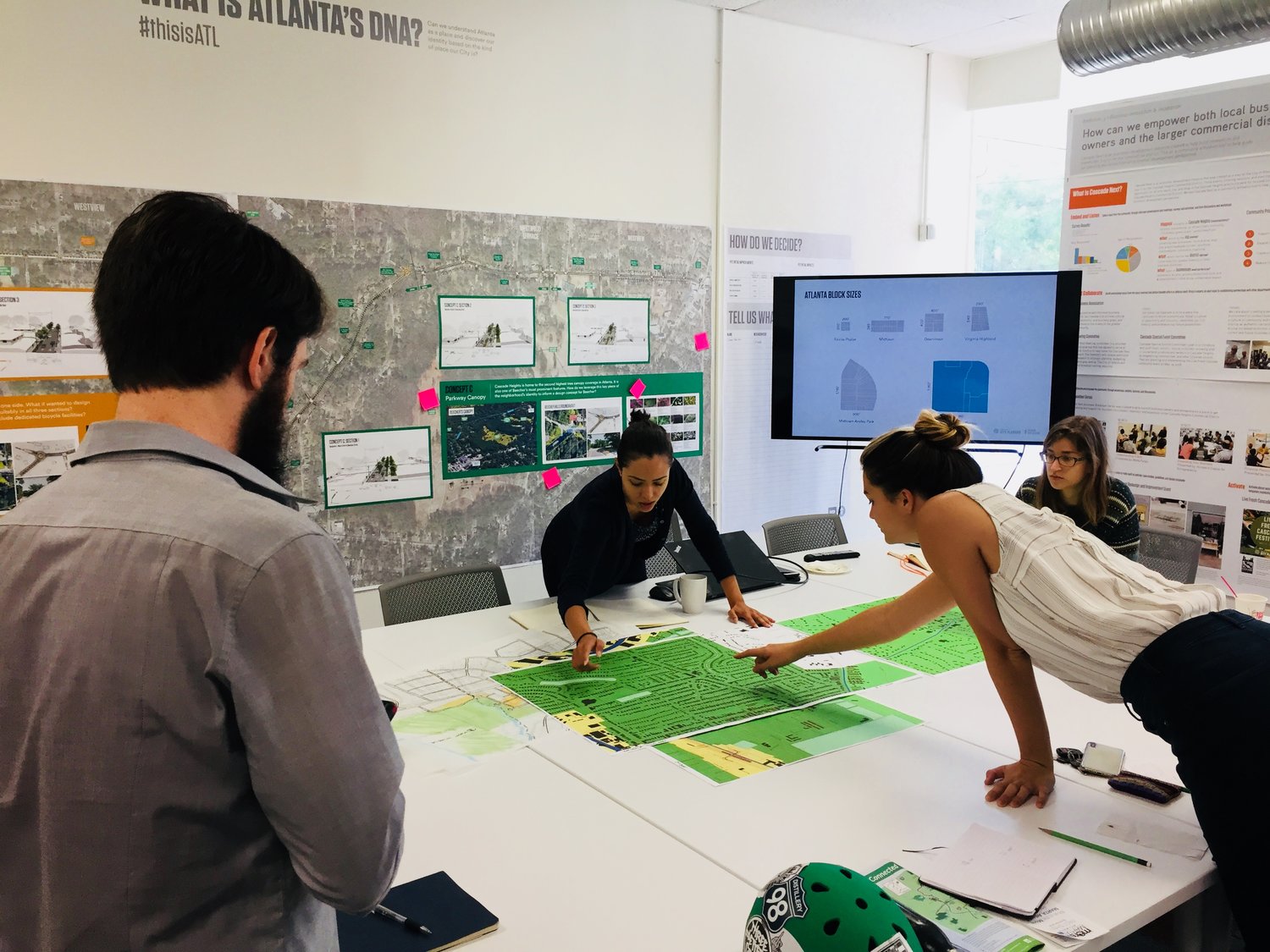 It’s not a secret that Atlanta was not designed with much intention. After all, it began as a terminus; a station or  pit stop on a railroad route. Eventually, homes and stores were built and Atlanta went from a small stop on the map to a huge city for commerce, arts, and emerging tech and film.

While I waited, I found myself entangled in conversation with two women who were extremely concerned about the bikers on the beltline. One of them even went so far as to say that someone could get killed by a biker before anything would be done about this huge problem.

I sashayed through that riveting dialogue and finally made my way to the front of the line to speak to Tim before he had to dash out to his next meeting. While brief, my conversation with Tim was promising. He mentioned that Mayor Keisha Lance Bottoms is trailblazing the changes in the west-side of Atlanta. Hoping to transform it  into a place that works to uplift it’s people towards success as opposed to leaving them behind - something that has been done for many years.

Lastly, I spoke with Christina Cummings,  about potential volunteer opportunities. One of the many desires of my heart, is to see areas like Southwest Atlanta flourish with new business and opportunities with local, black names on the deeds.

I walk, run, and drive Campbellton road everyday, dreaming of new, innovative ways to change the scenery. There isn’t a lack of ideas or innovation - but the people need funds and influential teams to make those dreams a reality.

If you’re at all interested in this work, visit the Atlanta City Studio for more information or read the plans to learn more about what the city of Atlanta is doing for...the city.