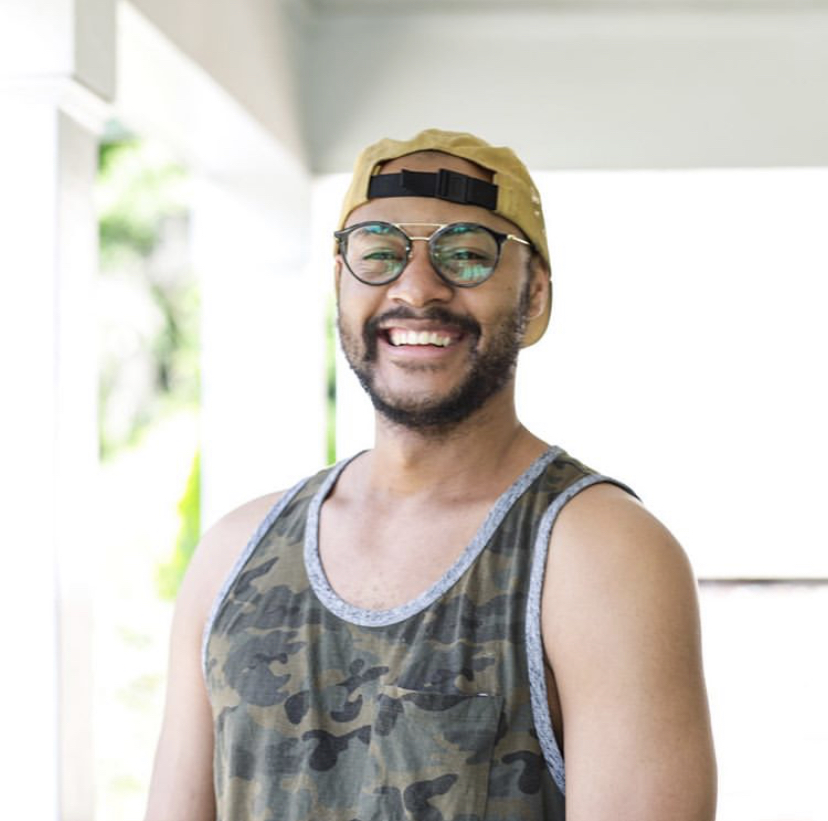 A full time writer, father, and advocate for healthy masculinity

I had the pleasure of interviewing my friend and beautiful human Ro Lamb about his perspectives on marriage, toxic masculinity, and what he’d say to trees if he could understand them.

Ro is an author and poet whose thoughts and ideas always intrigue me and go beyond status quo. He’s an avid reader who can take down a couple books a week and he stands firm on his decision to live an educated, free, and purposeful life.

In this interview, I enter into the mind of Ro Lamb to learn more about his impeccable focus and the creative ways he inspires me to go after my dreams and believe in myself.

Some would say you tap into both your feminine and masculine side, as a poet who also enjoys basketball and UFC matches. How do you find the balance so well? Or do you?

This is why women are attracted to bad boys. Women aren't necessarily attracted to guys who do what they say when they say it. Young boys are conditioned to be women pleasers. It’s like everything we do is this effort to please women. It’s backwards because it doesn’t end up pleasing women at all. Men have anger problems because they feel like they’re not doing it right.

It’s interesting to think about these dichotomies and polarities. I haven’t thought about balancing; I’ve thought about becoming more masculine and delving into what it means to be a real man. When men don’t take responsibility for things, that’s toxic masculinity. In order to cure that, you have to say, I gotta get up and get it done. I think what comes with that is a comfort with being all of who you are which includes the feminie parts of myself.

A large part of masculinity is this freedom from what people think: “This is who I am, take it or leave it.” Being kind and protecting people around you. If you’re making people feel unsafe and uncomfortable around you, that’s not being masculine. When you know who you are, you’re not gonna feel like you have to defend yourself. You won’t feel threatened.

I think being the most me I can be, is the most masculine thing I can be.  With that comes this balance and comfort in being sensitive and whatever the opposite of sensitivity is.

What sacrifices do you make in order to live the life you live?

I honestly don’t feel like I’m making sacrifices right now. I do think there’s sacrifice in being a dad. Times I would rather be writing, I’m cleaning up and doing dishes. But really, this life doesn’t feel like a sacrifice because I genuinely want this.

What is your main why? Why do you stay focused on being a full time writer no matter what?

I spent all this time trying to figure out my why and my purpose. And figuring out the why became a substitute for just doing it. As I’m doing it, each project has a different why. I used to say, “I like to write because when I’m writing, anything is possible. If I want a character to fly, he could fly, disappear, he could disappear. I love that. I love exploring what it means to be a good guy or bad guy or whatever. Recently I’ve been saying, my why/my purpose is to help people connect to the present. But again, I don't know if that's for everything. Maybe that’s just for poetry.

My why is that I enjoy it. I feel good when I’m doing it. It’s therapeutic and the reason I stay focused on being a full time writer, practically speaking, is because it’s the deal me and my wife made. I’m gonna be a writer and take care of the house. If I’m not writing, I’m not upholding my part of the deal. If she's doing her thing, I gotta do my thing as well. 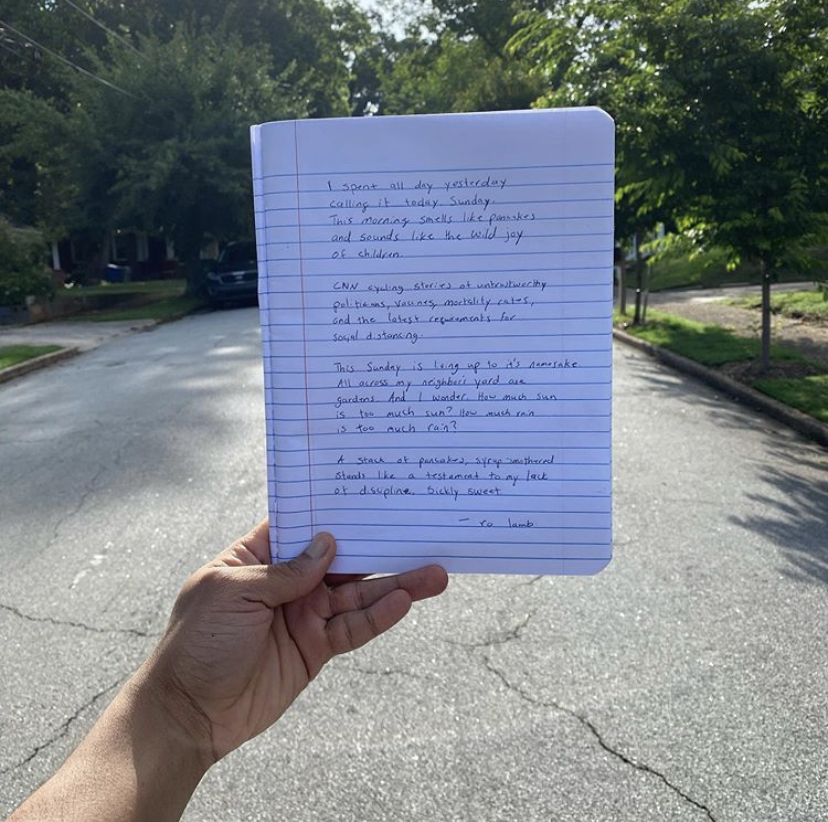 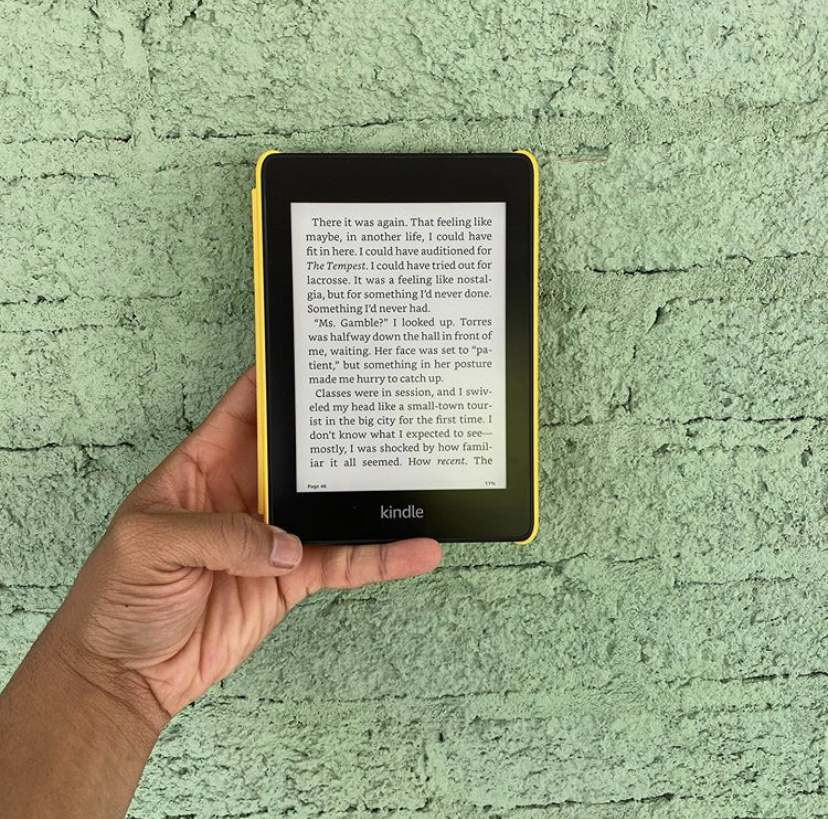 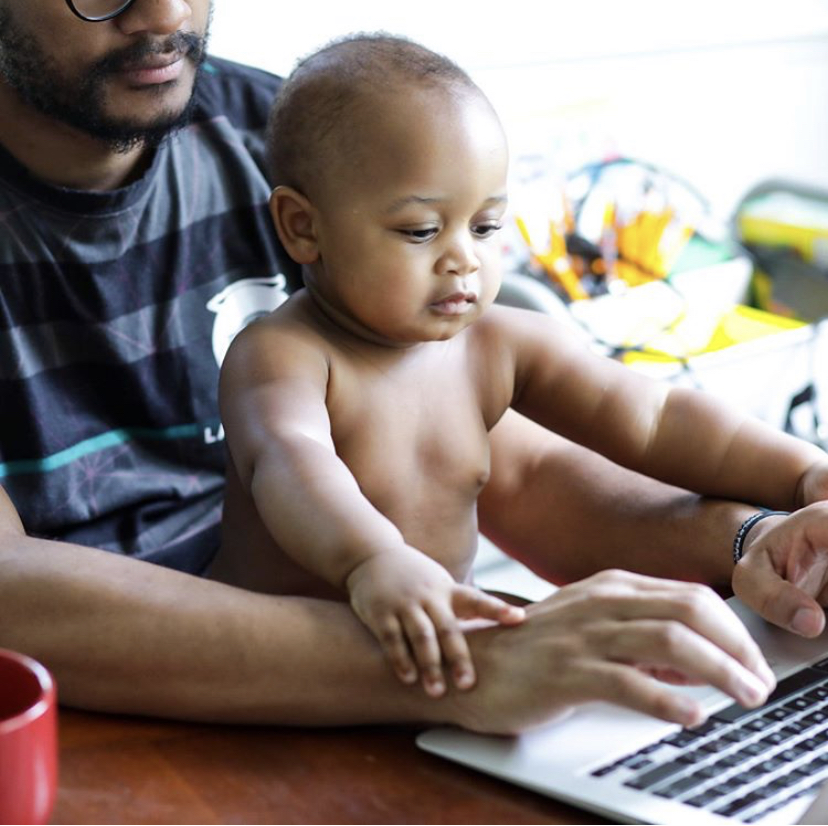 If you could talk to trees, what would you say to them?

I wanna know what they’re names are. Do trees have names? Do trees talk to each other? These are the things I want to know. We’d just have a conversation like I would with a person.

Do you keep track of the books you read? How many books do you read a year? A week? A month?

I read about 2-3 books a week if I’m focused. I’ve been delving more into Sci-fi fantasy lately. When I read different kinds of books with different kinds of structures, it takes longer to digest the information. As I’m getting used to reading new types of books, it’s taking me longer to read those.

What major transitions in your life have taught you the most?

We moved to New York in 2013. I had been working at an after school program and my wife had just left her job. I wasn't even working 40 hours but we were like, we’re gonna be alright.

We saw the pastor of Grace at a wedding and told him we wanted to move more into our purpose and he told us they have a camp in New York and needed people to move. We made that decision immediately. That was a major transition for us to move our family of 3 at the time to a different state. I left Christianity when I was in New York and then we moved back to Atlanta after we had our second child, King.

Pretty much every time we had a kid, there was a major transition. When Zion was born, our marriage was going through changes and I dropped out of school, then we moved to another place. The last major transition was a year ago when I left my job last April. I couldn’t do it anymore and I knew I was gonna be a full time writer. I knew I was gonna figure it out. Since then, it’s felt like things have been pretty steady and smooth.

It’s taught me that even if we make a decision to do something that seems nonsensical, we can find a way to work things out. We can find a way to do it. God, the universe, has our back. Then we’re gonna do what we gotta do. Even when I needed to get a job, I got a job and worked a job for a year and a half. When it was time for me to leave, we shifted again.

Obviously your wife plays a huge role in your life. Tell me about her.

She’s amazing and I love being around her. I watch her everyday, give of herself. Not just to the family but she wants to help people bring their ideas to life. There is something admirable and commendable for somebody to say, the reason I started this is to help people do what they do.

I think she’s brilliant. I think she’s a resource person. She brings things to the table that other people value. I think that always opens doors and opportunities to her because she loves doing those things people love to do but don’t want to do. That speaks to the type of person she is. It's her thing. It’s a business thing based on who she is as a person.

What do think about gender roles when it comes to marriage. What is the role of a wife?

Where we are right now, you could argue, is a patriarchy that has corrupted us. But it's a system that worked for a long time. When we used to have urban environments, there were roles set in place where men would be out working. Because that was the case, you’d have to have other roles - such as women taking care of the home.

But when you assign privilege to men because they were out doing the work and then you oppress the woman — that’s when it becomes a problem. 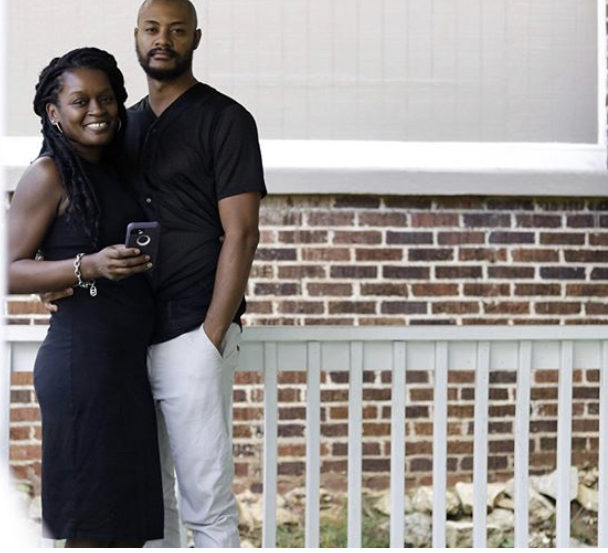 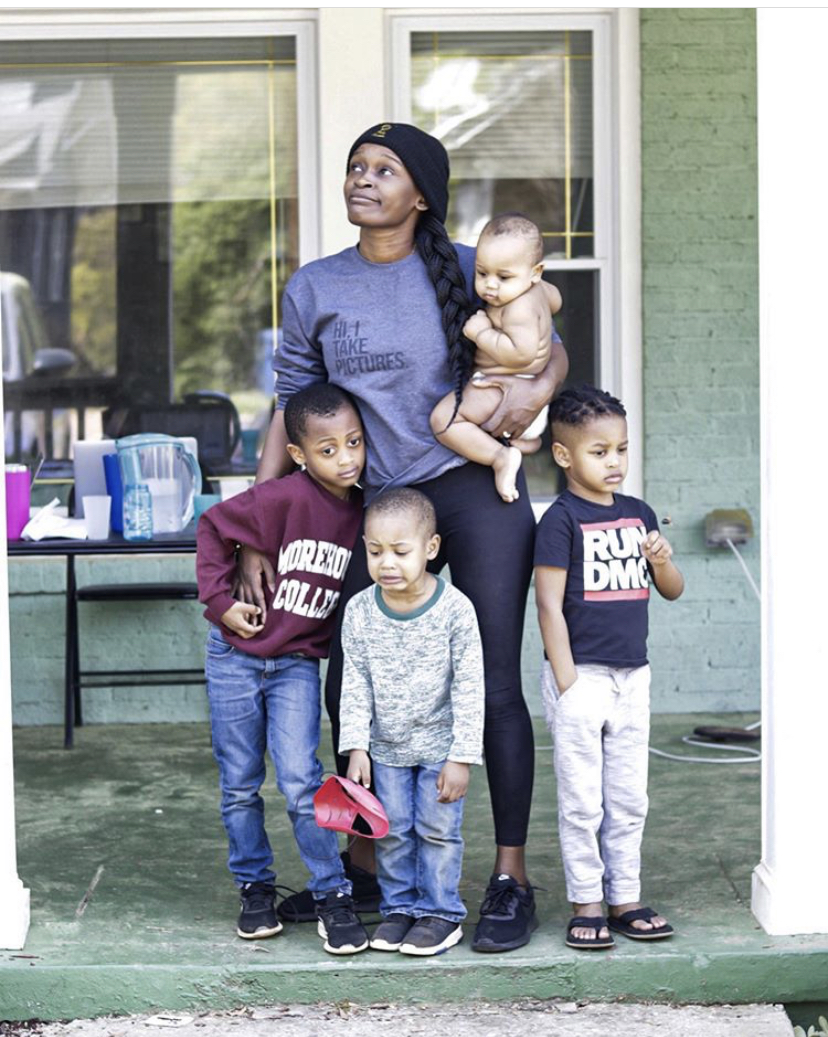 What is your message to the world? What lessons do you want your boys to hold onto, live with, carry with them? 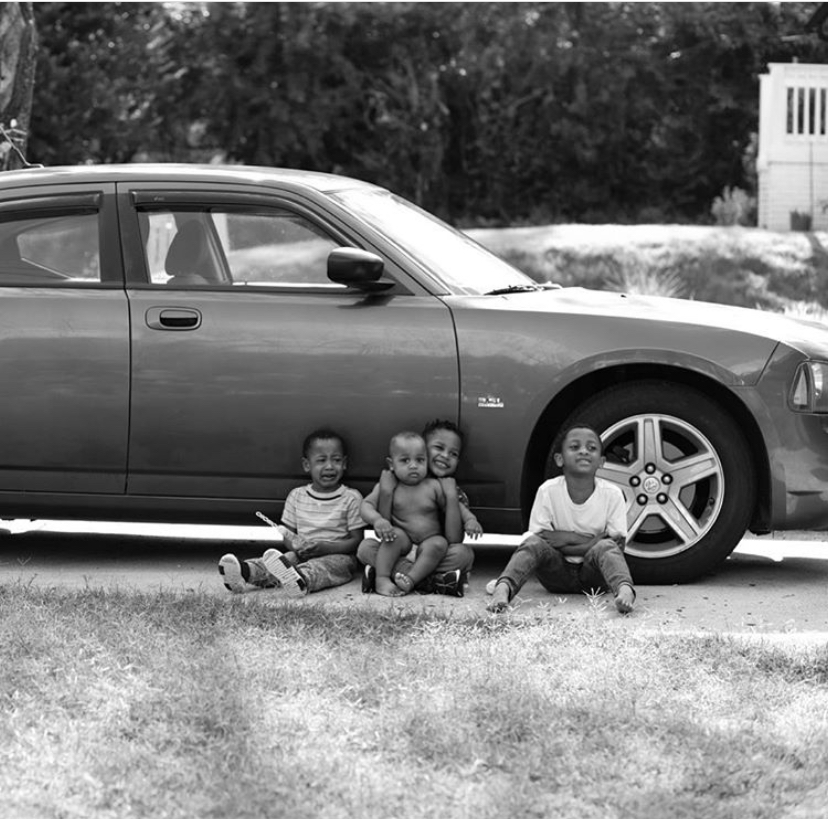 Ro has a book out called Shattered Theories Of I, merch for sale, a 10 page comic, and a Patreon where you can support his writing and poetry. Check him out at http://RoLamb.Com!