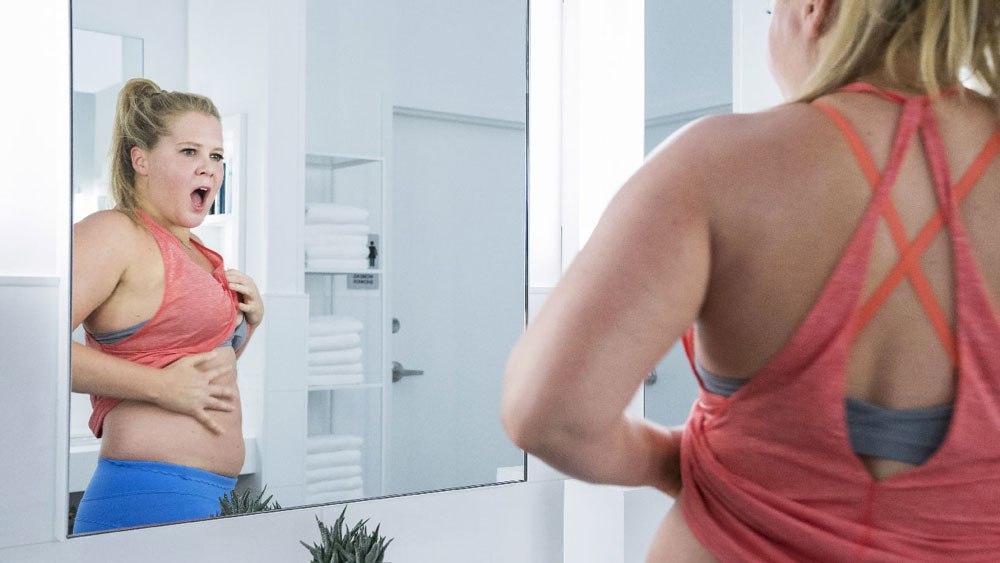 Run miles. Eaten healthier portions and taken Zumba. I’ve made protein shakes and green juices. I’ve woken up at 5am to make it to the gym and I’ve maintained a consistent yoga routine twice a week.

I’ve noticed the change. My clothes fit differently and I’m able to perform tasks without feeling the rolls in my stomach or the heavy breathing from climbing a flight of stairs. My face is slightly slimmer and my waist beads now drape below my waist. However nothing has been more apparent than the reaction I get from those who have seen me “transform” over the past year.

A few weeks ago, I walked into the pediatricians office with my kids and the nurse said “You’ve lost a lot of weight.” I responded with “Thanks? I’m not sure what to say when people say that.” She responded with, “You say thanks, It’s a compliment. You look good.” But it gets tricky; because sometimes comments like “Man, I’m sure your husband is in heaven,” catch me completely off guard, and I truly have no idea how to react because like, what does that even mean?

I’ve also had quite the opposite. People have told me not to get “too small” or not to lose anymore weight and I don’t know how to respond to those requests either.

To be honest, I’ve been proud of my weight loss. It’s what I wanted. I wanted to be healthy, and strong and yes, smaller than I was. I like it when my clothes fit and I love feeling sexy and comfortable in them; especially after carrying children in my womb for two years straight. However, I’m a little concerned about our obsession with weight and size - hell I’m concerned about my obsession with it.

Back in May, I went to see the movie I Feel Pretty. About 20 minutes in, I knew it was the movie I needed to see. It’s a movie about a 20 - 30 something year old woman who can only see the “ugly”. She looks in the mirror and hates that she is wearing spanx. She is not confident enough to ask for a drink at the bar or think that people should move out of her way when she walks by. She cowers in the midst of a crowd and doesn’t see herself as worthy enough to get her dream job.

I found myself in the back of the theater really inspired and also really convicted. She is me (and so many other women in the world.) The girl who doesn’t think she is beautiful enough, skinny enough, tone enough or anything enough to get attention or see her dreams come true. And then when she does, she goes a little overboard, overthinking and shitting on those people who have been there by her side and love her for who she’s always been.

The film got a lot of push back from others who felt it was too focused on skinny being the only pretty but I object to that narrative. I don’t think that was the  message of the film at all. I think the message of the film, is that no matter who you are and how you look, the only thing that moves you forward is how you see and feel about yourself. If you feel ugly, you’ll operate as such and if you feel as if you're the greatest thing in the world, you’ll let the world know it. The deeper idea, if you dare to go deeper, is that how you look shouldn’t matter that much - because it doesn’t.

A few months ago, I was stressed to the max and I lost about six or seven pounds simply because I wasn’t eating. I looked smaller. My waist shrunk, my stomach was flat and my face was skinny; all because I hadn’t eaten more than once a day. Ofcourse, I still got compliments. I was “snatched” as the kids say. I was sexy. I fit my clothes. But I was unhealthy as fuck. And when people asked me what I was doing to lose so much weight,  I wanted to say “I’m stressed and I haven’t been eating” but that’s not the conversation I was looking to have in the moment. So what am I saying? I’m saying, that even though the world thought I looked amazing, I felt like shit and I was unhealthy. That is the bigger picture; that is what matters most.here isn’t anything wrong with wanting to love the way you look. And there isn’t anything wrong with “complimenting” someone on their changes; but I wonder if our obsession with perfection has created this stigma that perfection is a slim waist and fat ass no matter how you get it - be it starvation, tummy tea or straight up hard work.

And it’s not just about women either. In the movie, The main characters’ boyfriend felt insecure because he wasn’t the typical macho man he’s “supposed to be.” She helped him feel more comfortable with himself by walking in her own confidence. She loved what she saw and he found her to be perfection.

Whether “You know who you are and you don’t care how the world sees you,” Or “you have no idea who you are and you’re honest about it;” how you see yourself and how you express it matters more than how you’re supposed to look and feel and be.

Maybe there isn’t a politically correct way to talk about weight and size; but what if we just stopped talking about it? What if “you’ve lost weight” isn’t always a compliment, “Your spouse must be in Heaven” feels like an insult, and “don’t get too small” makes me a little self conscious?

We can’t change the way people behave, we can only change our reaction to it and our belief in what matters. Truth is, it’s all about how you see yourself and how well you’re caring for your own body, mind, and soul. Maybe, if we’re able to settle on our own standards of perfection, it won’t matter if we’re too small or too big or just right.

What Amy Schumer was trying to say with I Feel Pretty, is that it does not and should not  matter what you look like or what your size is; you can and should be confident in the pursuit of the life you want.

One of my favorite moments in the movie, is when the main character says “I started to truly believe that if I wanted it bad enough, all of my dreams could truly come true; and they are.” And I needed that reminder. So that the next time I head out, I’ll put on the jeans and the shirt, suck in my stomach and have all the confidence in the world; because I’m a bad bitch - as long as I believe I am.