The Authenticity of Christianity 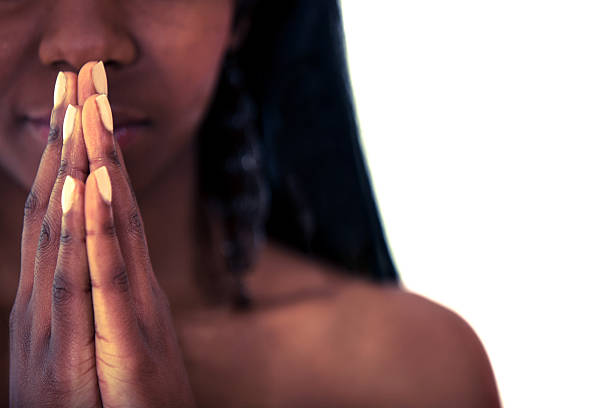 A long time ago, back in 09, I sat in my black ’03 Volvo on a Friday night and cried. It was given to me by my mother after she upgraded. This particular night, my car was more than just my transportation, it was my altar.

I had just finished having sex with some guy that lived next door to my friend at the time. He was cool, really smart and kinda cute. I thought maybe we could actually be something — like a couple. We were getting to know each other; sharing stories about college and smart people things but then he shot my hopes to hell when he started feeling on me. We had sex that night and I vowed never to speak to him again (and I didn’t until he text me weeks later asking for a round 2 and I told him that sometimes you have to just know when to move the hell on.

I cried in my car that night because I felt empty. I was tired of living the life of smoking, watching tv, sexing and then doing it all over again only to receive no satisfaction. So I talked to God in my car, I told Him that I would never smoke again and I’d save my body for marriage if he helped me change my life. I told Him I wanted to do it His way.

Since that night, I’ve gotten married, had two children and been a member of 4 churches. I’ve sung on praise teams, been in leadership for young adult ministries, and served as a volunteer in Christian organizations. My entire life was church. It was all about Jesus and his disciples and the fishermen and the bible and the songs and the hymns and the psalms and the stories and the blessings falling down when my praises went up.

I love community. I love worship and I love what happens when people get into a space to praise God authentically in harmony and joy.

But honestly, that isn’t all that happens in church. An organization takes time and effort to build; which means that people are involved; and people — as perfect as we are, often have good intentions that become painful traditions.

Church is a place that some are born into. They are taken there as infants, dedicated, and raised in Bibleland. They are sent on trips to church camp and given opportunities to perform or scriptures to memorize.

Church is like a breeding ground for Christians. It’s where we’re supposed to go and be fed, trained, and raised up to carry on the legacy of Jesus Christ in our homes, schools, jobs, and the world we live in. But something happens in that place that changes the course of our discourse. We’re often told things that benefit the mind but starve the soul. Or we’re given an ultimatum. Or a box to put ourselves in. We’re often told things about ourselves that don’t resonate with who we are. Or we’re silenced, given a mussel.

We’re shamed for our sexuality or our hobbies. We’re told not to smoke or drink or shake our ass. And if you’re a woman, you’re taught that your skirts must be knee length and your shirts must have sleeves. You’re taught to give yourself over to a man and submit to his desires simply because he was born with a penis.

Is this the authenticity of Christianity? Of Course not. Jesus doesn’t give two damns about half of the things we’re taught in church. And this is why some of us leave. It isn’t only because we were hurt by people, it’s because we were hurt by people who were supposed to love us despite who we are and instead, we’re taught that in order to be loved and accepted, we must change who we are and abide by rules that don’t justify our existence.

We’ve all been hurt by people. The difference is, when we’re hurt by people in the church, we often expect a reparation that we don’t expect elsewhere. We expect that the teachings of Jesus Christ will compel these specific people to love us well and better than anyone else has ever loved us because they are supposedly rooted in the very thing that makes the world a beautiful place to live — love.

But love is complicated. And love isn’t something that many understand. Love gets lost in church sometimes. It gets lost in Christianity because we don’t all have a grave understanding of it. Or we don’t know how to apply it. Or we simply don’t use it the way we should.

Some people, use love as a tool for manipulation. Others use it to fortify their own demeanor and keep up a facade. Some use it for acceptance. And then there are some who use it well — to help others and advance the Kingdom of God (the ecosystem designed by the creator).

And ironically, it was the greatest lesson I’ve ever learned. It was the best thing that’s ever happened to me and I’ll tell you why.

My affair showed me who I am. It told me what I had been missing in my life all this time. It shown a mirror on my life and how I had been living and I was able to see that I was not living in my authenticity. I was hiding myself and in turn, I was searching for genuine love and acceptance from a place that wouldn’t judge my habits and inhibitions. And I found that in a man. That experience led me back to myself in the most authentic and frustrating way and because of it, I am now whole.

I’d liken it to some of the stories in the bible maybe but that would be too corny and honestly I don’t have the time.

Just know, that sometimes, when we go looking for ourselves, we find us — and where we find ourselves is often in a place where we never thought to look.

But THAT is the authenticity of Christianity. Where a woman can find herself in an affair and realize that adultery was the mirror she had been looking for all along.

The difference between being religious and being spiritual is similar to the difference between tradition and rituals. Rituals are often deeply rooted in something bigger, something significant. Rituals are rooted in love and solace and matrimony. They have a dedication attached that goes far beyond the surface. Tradition is typically done simply because it has been passed down. There isn’t necessarily an attachment to it beyond the fact that it has to be done because it has always been done. I don’t believe there is anything wrong with either one. Tradition or ritual, religion or spirituality. It is all rooted in how you desire to live and what is truest to you at the time.

The authenticity of Christianity is focused on love of self, love of God, and love of others — dassit. Allowing ourselves to go through the process of failure, and redemption is the pinnacle of who Jesus was. I have gone so far as to denounce Christianity and claim myself as a thiest but really, it doesn’t matter what I call myself. I have journeyed down that path and come back to say, God, Christianity, Jesus, Buddha, Mohammed — they all preach the same message. Love God, love self, love others. Embrace your process. Lean not into your own understanding. Follow your heart as your heart follows God. Go beyond the surface to find true love and let yourself wander a little bit, trusting that God will help you find the path that is right for you.

Like the woman at the well who was juggling five men or King David who killed the husband of his lover-friend, we all have our things; and none of those things make us any more or less “Christian” than anyone else. It’s not about your behavior, it’s about your heart. It’s about being authentic enough to face ourselves and find solace in who we are so that we can be led by God and not by “church”.

Leaving the church wasn’t something I did because I was hurt, it was something I did because of who I am. I needed a break from all of the subversive language and doctrine and I needed to find the authenticity of God elsewhere. I still go to a church building on Sunday mornings. I go to a church with over 7000 members, a really good speaker and bus service that takes us straight to our car in the overflow lot. I go to a church where no one will notice whether I show up or not. Only a few people know my name and if I were to disappear tomorrow, their lives wouldn’t change one bit. I’ve abandoned all the “rules” of church because they honestly weren’t doing a damn thing for me. They confused me and I got tired of faking it — so I stopped.

I am a Christian and I am also spiritual. I acknowledge Jesus and the work he did but I also refer to the various laws and teachings of the universe. I credit yoga for my growth and I am much better at interpreting the teachings of the Bible because of the lessons I’ve learned through experience. I understand reciprocity and the ideals of provision because I study the earth and I see the way the rain takes care of the trees.

I am a little hippyish… but it helps me understand God in a way that I never did before. And that is the authenticity of Christianity. A genuine relationship with God. One that many don’t understand and will shun you for. Saying things that are not “ok” to say. Exposing truth for the sake of helping and relating to others. Blessing those who curse you and receiving karmic reward. Seeing God in everything and going away to pray in solitude. Smoking a blunt while you give praise because that is just the way you relate to an all knowing, all powerful, ever loving omnipotent, healer, provider and redeemer.

So before you judge a person who is just spiritual or before you crucify someone who doesn’t go to church or before you decide that church isn’t for you; consider this:

All church aint’ bad, and all church ain’t for everyone. Find your own path, lean not unto your own understanding and in all your ways, acknowledge that the one true God, is living within you — and that is something that will NEVER change.